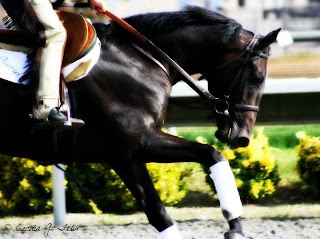 The Second Race was very happy to receive a copy of this Press Release today announcing the creation of the Thoroughbred Aftercare Alliance. Please read more about this exciting development for ex-race horses.

A broad-based group of Thoroughbred industry stakeholders announced today the establishment of the Thoroughbred Aftercare Alliance (TAA)—an organization designed to serve as both the accrediting body for aftercare facilities that care for Thoroughbreds following the conclusion of their racing careers and a fundraising body to support these approved facilities.

Funded initially by seed money from Breeders’ Cup, Ltd., The Jockey Club, and Keeneland Association, the TAA is comprised of owners, trainers, breeders, racetracks, jockeys, aftercare professionals and other industry groups. “It is our responsibility as owners, tracks, breeders, trainers, jockeys, bloodstock agents, and anyone who has a stake in the game to take responsibility for the aftercare of these great animals who are the keystone of our sport,” said TAA board President and Thoroughbred owner Jack Wolf. "Securing support and funding from Breeders' Cup, The Jockey Club, Keeneland and so many other great organizations speaks to the credibility and importance of our effort and is so greatly appreciated.”

Simultaneously, the TAA will raise funds on behalf of accredited facilities via institutional contributions that are to be directed 100% to program services rather than to fundraising or general administrative costs.

“The Breeders’ Cup is proud to be one of the initial funders for the Thoroughbred Aftercare Alliance and fully support the TAA goals of an industry-wide, annually funded program committed to the placement or second-career retraining of retired Thoroughbreds on a national scale,” said Craig Fravel, President and CEO of Breeders’ Cup, Ltd. “Through the contributions of our sport’s stakeholders, we can help ensure that our horses are treated in a dignified manner throughout their lives.” “The Jockey Club’s involvement and support of the Thoroughbred Aftercare Alliance is a natural extension of our other ongoing efforts in the area of Thoroughbred aftercare,” said James L. Gagliano, The Jockey Club’s President and Chief Operating Officer. “The accreditation and proper funding for aftercare facilities will greatly enhance the well-being of our equine athletes, and we encourage other groups and individuals from all segments of our sport to support this Alliance.” "Thoroughbred aftercare is something that touches us all," said Nick Nicholson, President and CEO of Keeneland. "We are proud to do our part, and I know that virtually everyone else will be equally proud to do theirs in order to make the TAA an ongoing success."

The TAA, a 501 (c) (6) non-profit organization with a 501 (c) (3) subsidiary, will fill out its staff and provide additional updates in the coming months. The TAA offices will be based in Lexington, Ky.
###
Photo by Cecilia Felix
Posted by Sharla Sanders, Founder, The Second Race at 11:29 AM 1 comment: 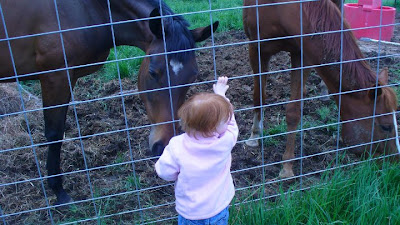 From the Facebook Page of The Million Horse March
In an effort to help Save America's Horses from slaughter, Equine Welfare Alliance in cooperation with Congressman Jim Moran and Prime Minister Alex Atamanenko, is conducting a Children's Letter Writing Campaign to Congress, the President of the United States and the Canadian Parliament.

We are asking that parents, teachers, riding schools, therapy centers, all engage their children in the civic process of affecting positive change through the petitioning of their governments. We have lesson plans written by the United Federation of Teachers Humane Committee, which parents and other adults may take to the schools for them to use.

Join them on the Equine Welfare Alliance Children's Page http://www.equinewelfarealliance.org/
Our goal is the passage of Senate Bill 1176 and House Bill 2966 the American Slaughter Horse Slaughter Prevention act and Canadian Bill 322 An Act to amend the Health of Animals Act and the Meat Inspection Act (slaughter of horses for human consumption).

The address for the Canadian Letters will be:

If You Can't Say Something Nice.... 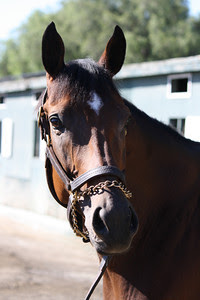 Today we received a criticism that I felt was worth responding to in a public manner so that whomever the person was that stated their comments anonymously on our blog post yesterday regarding "A Conscious Decision" can read our response and for those that don't understand what we do can see our response.

The person wanted me to know that the majority of owners and trainers do care about their horses and take care of them after their retirement from the racetrack. I agree, if they didn't my phone wouldn't ring. Simple as that. The person also stated that I repeatedly "bash owners and trainers" for their lack of responsibility in caring for their horses when their racing days are over. That there is an implied "tone" to what The Second Race publishes. I laughed at first, and then decided to respond formally.

My response is...prove it....prove that I personally or The Second Race as an organization repeatedly bashes anyone. My response is you will be hard pressed to substantiate your claims. I on the other hand do not say things about what trainers or owners do if its a negative, you will rarely find me ever re-post statements that others make, articles posted or get involved in the he said-she said that you often find on Facebook and other media outlets (or any racetrack). If you can find where I have done that, let me know I'd love to see it. 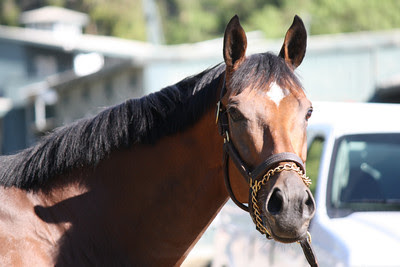 This person said that they used to be someone that trainers called to place their horses and that groups like mine are nothing new, the only thing "new" is utilizing social media to place horses.

I agree there has been a network of private individuals and groups for years helping horses find new homes. Most worked quietly behind the scenes and did and still do, great work. However, if this person has been around the track as long as they state they have, than they know too that there has been a network of folks that have been on the backside taking horses straight to the slaughter lots, match racing and other less than perfect endings for years. That is a fact that cannot be argued. I have literally just missed "the truck" in the years that I have been doing this. Tremendous inroads are being made by many inside and outside the industry to ensure horses are taken care of and this should be applauded regardless of who is doing the work. The Second Race isn't interested in stepping on toes, and we are simply another vehicle to help those that need it. Nothing more, nothing less. However I feel that we have made an impact and will continue to do so. We have irons in the fire now that can substantially help. I guess that means we will have more detractors, but we will also have more "wins" when it comes to a horse finding a new home or career. Many of these "irons" will require numerous groups and individuals working together collectively. Perhaps this person will think differently about our efforts, or perhaps not. Time will only tell.

This person said that they know "of several owners and breeders that will have nothing to do with The Second Race since certain comments and posts were made". Hmm this morning I was in the barn of three prominent trainers. They had no problem asking me for help along with the breeder that I visited earlier this week. I know how often my phone rings, I know the number of messages I receive and I know the numerous emails I receive requesting assistance every day. There are numerous horsemen to use us, or someone else. Makes no difference to us, but it won't be because we "bashed" them.

This person also felt that I wasn't aware of the distinction between horses directly off the track and those that have to be "rescued" several years later by groups like mine. The Second Race to be clear was formed and uses the "niche" of a transition team in tandem with breeders, race tracks, owners, trainers as an option to place horses. It would not be in the best interest of The Second Race to not have good working relationships with all of those entities. It's not logical to state that we "bash" them.

When we rescue a horse off an auction lot, or purchase one off of Craigslist or any of the numerous ways we find horses years off the track, we rarely EVER call the former owners, breeders or trainers. That isn't our style. Many others cannot make that claim and create problems going so far as having volunteers not being able to go to auction lots to flip lids to see tattoos, because the broker on the lot doesn't want the trouble. The Second Race will often, in working with those that go to auction lots looking for ex-race horses not say one word about who the horse is to ensure that the folks that like to "out" former owners/trainers can't do it. So again, you need to prove your ascertains of our activities that "bash owners and trainers".

Whatever nerve I have touched with this person I feel that its too bad that this person has decided to post untruths instead of working with us and adding value to our network to help horses. Seems this person could be a valuable resource. Everyone is allowed to have an opinion, but responsibly temper those thoughts with the truth please. We are pro-racing, we are pro-breeding, we love race horses and enjoy the horsemen we meet every day in the game. That is a fact.

I am so confident of the work that we are doing that I had no problem publishing the comments for all to see. I am not afraid of the words, because I think they do not have merit. I appreciate that the person did say a group like The Second Race has the opportunity to do good work. I agree, and we do what we can. Ironically, as I write this public response, umm who was doing the "bashing" exactly by their comments? 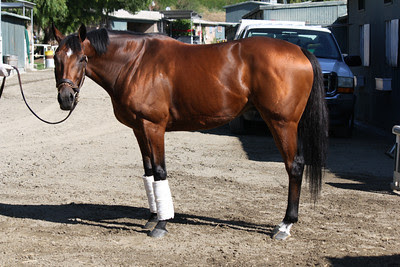 Sharla Sanders, Founder, The Second Race
The Second Race was created by Sharla Sanders for groups and individuals to actively NETWORK to assist with the placement of horses in new homes, in particular ex-race horses. Whether Thoroughbred, Quarter Horse, Standardbred, or Arabian all race horses deserve another chance at a "Second Race". www.thesecondrace.com

Promote Your Page Too